Smartgen power management modules help "Runda 613", "Ningtai 97" and "Hongpu 16" squid fishing ships go to the ocean to catch delicious food on the tip of the tongue.

The power station control system with HLS300 power share modules of SmartGen only relys on its own parameters, no servo (torque motor drives the throttle lever) for any adjustment, under the condition of obtaining the precision of less than 3% of the load distribution, improves the efficiency and automation level of the power station, which has been well received by the owner, designer and unit manufacturer's unanimous praise.

A few days ago, the marine power station designed by HLS300 power share modules of SmartGen successfully completed the debugging and acceptance of the power station on three oceangoing squid fishing ships with 69m "Ruanda 613", "Ningtai 97" and "Hongpu 16" went to the anchorage. After the fishing equipment was equipped, it would go to the ocean for fishing operations. These three squid fishing ships are special that catch squid by fishing tackle. The ships are steel, transverse frame, double decks, VS-Bow, single diesel engine, single oar and single rudder.The navigation area is unlimited and the main operating areas are the open seas of the southeast Pacific, northwest Pacific and southwest Atlantic. 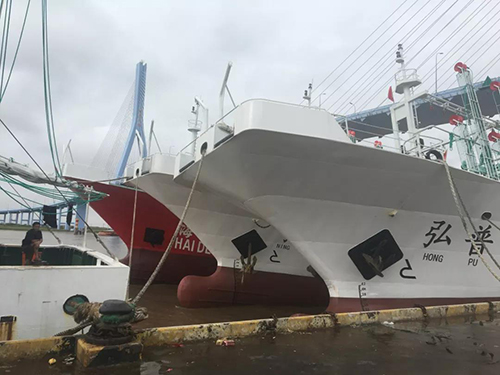 In order to meet the demand of long-term offshore operation, this type of ship is equipped with a quick-freezing room with a minimum freezing temperature of -35℃ and a large-capacity fish cabin with a minimum freezing temperature of -25℃, and more than 160 4kw high-power trapping lamps. The Marine power station selects three 500kw and one 300kw main genset in parallel to meet the power supply when the ship is running at full load, and one 150kw emergency genset of the same brand is in standby state. In view of the fact that the genset configured with this ship adopts the speed regulation mode of torque motor driving the throttle rod, the load distribution accuracy under manual mode is always above 10%, in order to meet the distribution accuracy of less than 3% of the shipowner, real-time manual intervention is required. In order to improve the load distribution accuracy and reduce the labor intensity of personnel, the designer chose four HLS300 power share modules to realize the automatic load distribution of the whole power station. 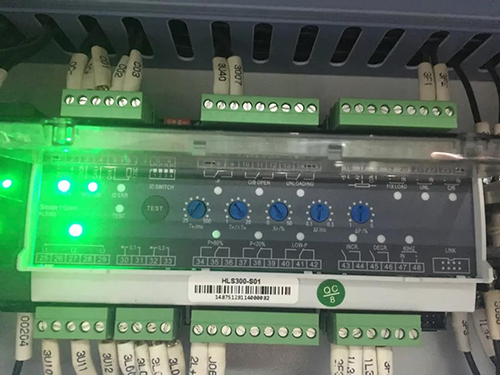 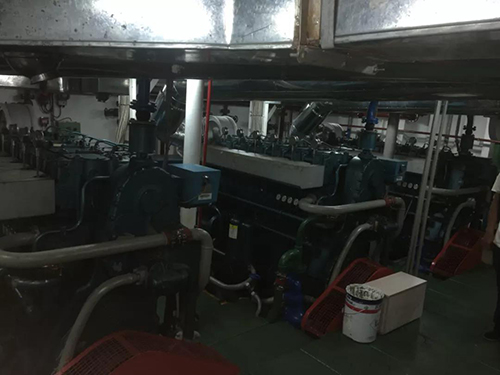 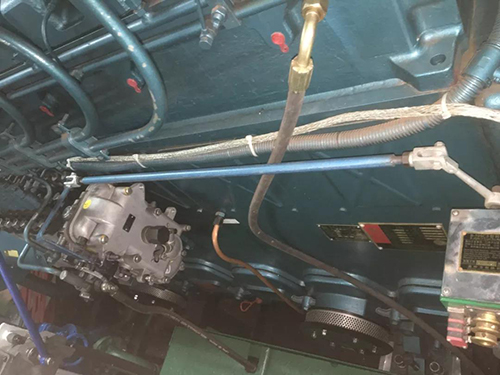 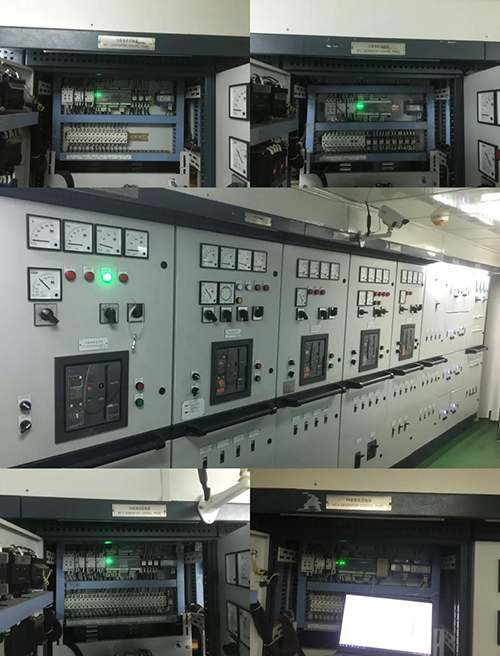 With HLS300 power share modules of SmartGen built-in load allocation strategy and rich adjustable parameters, the power system to overcome the torque motor to drive the throttle lever servo precision low, load capacity and stable frequency characteristics easy mutation of unfavorable factors, perfect implementation in four different capacities of arbitrary and combination of the unit, with different percentage of load, load under harsh conditions, such as discharge smoothly and quickly realize active power load sharing, and load distribution can be controlled within 3% precision. 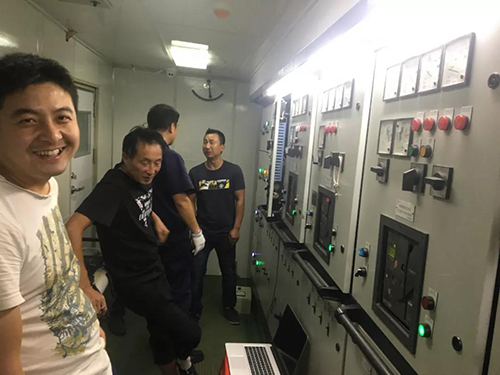 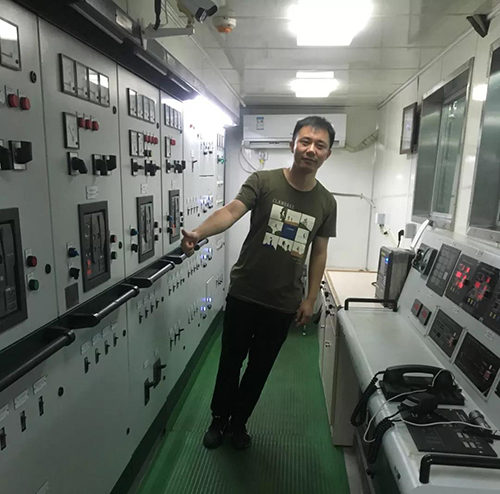 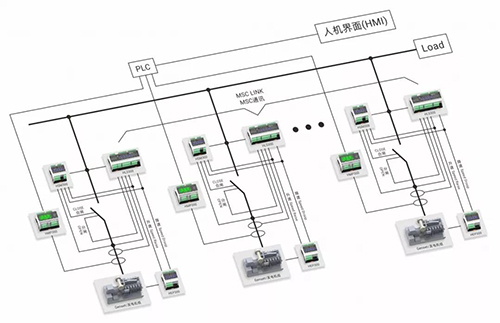 This system realizes the synchronization between generators through HSM300 synchronous modules, using HLS300 power share modules to complete load distribution, reverse power protection, automatic start/stop and other output functions among gensets. The output signal of PI step controller's relay is converted into the control voltage signal required by governor /AVR by electronic potentiometer (HEP300). The user's PLC control module can obtain rich information of electrical parameters (voltage, current, power, harmonic wave and off-limit alarm) through the Modbus RTU interface equipped with the HMP300 power integrated protection modules, and the HMI users can quickly build a set of high-quality power management system that can support the network of up to 16 diesel generators. 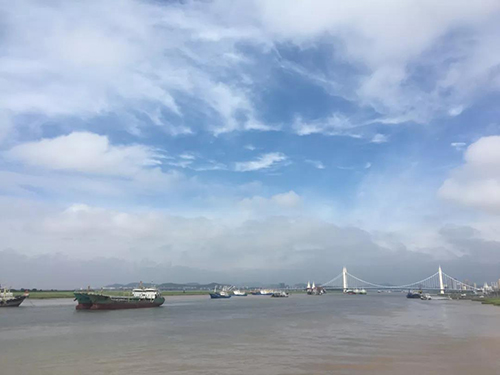 Squid are Marine cephalopods. According to the world's fisheries experts with authority, the total reserves of cephalopods in the world's oceans are 50 million to 100 million tons, while the current annual catch volume globally is about 3.6 million tons, of which about 70% is squid. Squid is an annual fish, it is a waster if the catch volume is too low, too much may also lead to the breakdown of the marine life food chain, so we need to be moderate.

The so-called "squid fishing" is to use the squid photogenic, they will be attached to the plastic luminous body of the hook into the sea. Squid are entangled by hook and unable to escape.Deep sea fishing squid, with lights and not bait, quite like " Master Keung fishing"(It’s an old saying in China means “Freedom is always for the volunteers”). From purse seine fishing to light trapping, which is a big revolution. At present, this technology is becoming  mature applied in squid fishing. We believe that owe to our fishery and shipbuilding science, as well as the contribution of scientific and technical workers. 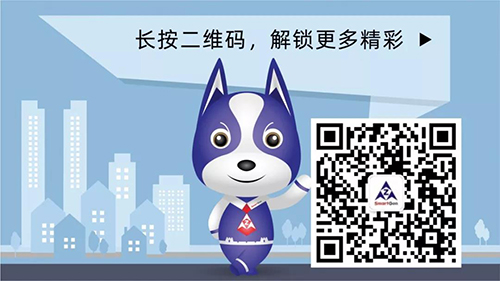